It began as a mild but manky aroma. I put it down to the pre-pubescent body of a friend that Molly had over for the day. In hindsight, that was a little harsh.

By evening the mild but manky had developed into a full-blown stench with its owned cordoned off hazmat zone and a strong need for protective headgear (or those masks that I spot overly-concerned people wearing now and then).

Thankfully, the lower level of the house was spared olfactory carnage, but a slow climb up the stairs made Rotorua seem like your preferred blend of essential oils. A mouse (an ever-so-slightly more palatable version of reality) had died in the ceiling. It’d probably happened days earlier, but it had saved its strongest farewell lap for now. Its decomposing remains were the strongest testament to the rat’s (sorry, mouse’s) defeated will.

We did what we could to quell the problem as the rat was not going gently into the good night with a pleasant bouquet. Every upstairs window was opened as we did our best to trump the festering fella with the most potent blend of Doterra we could concoct. It was futile.

My wife, Fiona, suggested the only way forward was to ride it out. Grit our teeth, bury our head in our hands, and breath selectively. The other remedy that brought some relief was to have the air conditioner on. All the time. To some degree, the air conditioner lived up to its name. It reconditioned the air. It didn’t remove the source of the odour, but it helped to address the large plume of evil that had descended on the second story. A little. It didn’t make it more palatable – no one should ingest a decomposing rat – but it made the upper reaches of the home habitable. Very nearly.

Molly, now with a couple of friends over for a sleepover, opted to stay up late downstairs rather than in Ratland. Sometimes it’s better to stay away from the problem altogether.

Sure enough, several days later the malodour became a foul memory. I don’t doubt for a moment that I have a dead rodent in my roof, though its nasal assault has abated. Praise be.

Sin leaves a stench. Depending on the particular strain, it can stain a life. Sometimes diversionary tactics mask its stain, but the mark of sin lingers. Time does heal some but, like my rat in the roof, it’s not gone, it’s just not quite as apparent as it once was.

Micah writes of the compassion God has on our seemingly helpless sin condition. He writes that God will cast all our stenches into the depths of the sea. Isaiah says something even more transformational when he proclaims that though our sins be as red as scarlet, God will make us as white as snow. Psalm 103 grasps at the preparedness of God to no longer identify us with or by our sin. “As far as the east is from the west,” the Psalmist writes, so far has He removed our transgressions from us.

There’s something beautifully compelling about the potency of a loving Father so capable of forgiveness that the stain of our sin no longer identifies us. Sins stain, but sin’s sting and stain are rendered impotent by the aggressive forgiveness called grace. And in place of the sin-stain is not merely an un-sin-stain, or a cover over patch to mask reality, but a reconditioned heart. A new creation. A clean house.

Paul goes full circle in describing the new creation as ‘the pleasing aroma of Jesus’ for those being saved.

The end game for the rat was not so joyous. The greatest gift it’s given us is to stop smelling by entirely and utterly dying. There’s something in that for us, too, but the greater and living hope for those whose identity is hidden in Christ and are now the fragrance of Christ: a gift of forgiven life that will never end. 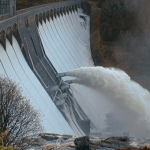 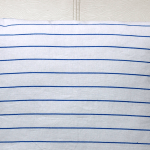 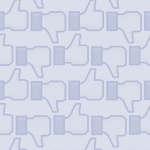 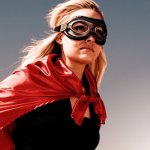 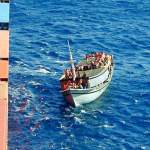 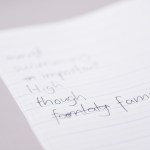 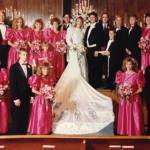 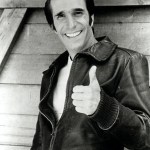 Something about The Fonz

Steve W on Something about the problem of tribe

Loved reading this thought, Katie, and your heart behind it.

Yvette Cherry on Something about hoping no one else notices

So well written. I love the humility in your voice.

Jodie on Something about surviving the noise

Oh my goodness, what an emotional read, amazing writing. Thank you Katie

Sgeryl on Something about knowledge

A lovely piece of writing Sarah. ?